End Grain Sanding Test | How High Should You Go?

I’m sure you’ve heard woodworkers say that you should sand end grain at least one grit higher than the rest of the board in an attempt to even out the color. Does it work? If so, why? And if sanding one grit higher is good, sanding several grits higher must be better right? In this little experiment, I set out to answer those questions by looking at the effects of sanding to progressively higher grits using both oil and stain with three woods: sapele, walnut, and poplar.

While I did this test for my own purposes, I thought it would be cool to share the results so you can draw your own conclusions. Please understand that this is just one set of results on a very limited number of test samples. Your results may vary.

Notice that the color of the end grain doesn’t change all that dramatically after 120 grit. It does, however, get much smoother as you’d expect as you proceed through the grits.

As we might expect, the stain shows the impact of sanding to a greater degree. 400 grit is a little lighter than 220 grit which is lighter than 120 grit, etc. And while the color difference is more noticeable than with oil, there’s still not a massive difference between 120, 220, and 400. It’s there, but it’s more subtle than I expected. The big surprise here is what happens at 1000 grit where the color actually appears darker. This result was confirmed with a second round of testing so it is what it is. But why it is…..is a mystery to me. 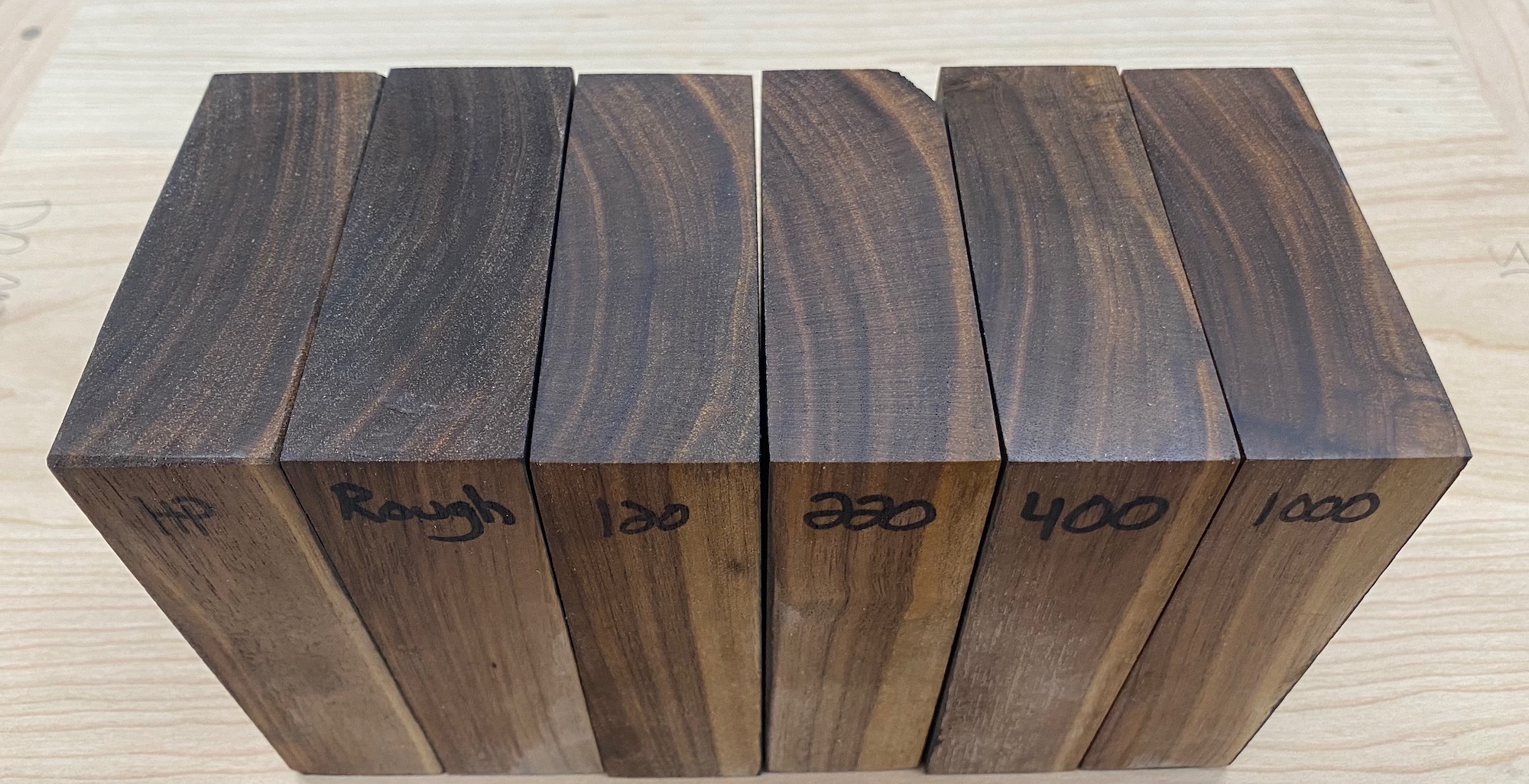 What kind of goober stains walnut?! Well, I do. FOR SCIENCE!!! Even in these stained samples, after 120 grit the samples all look the same to me. 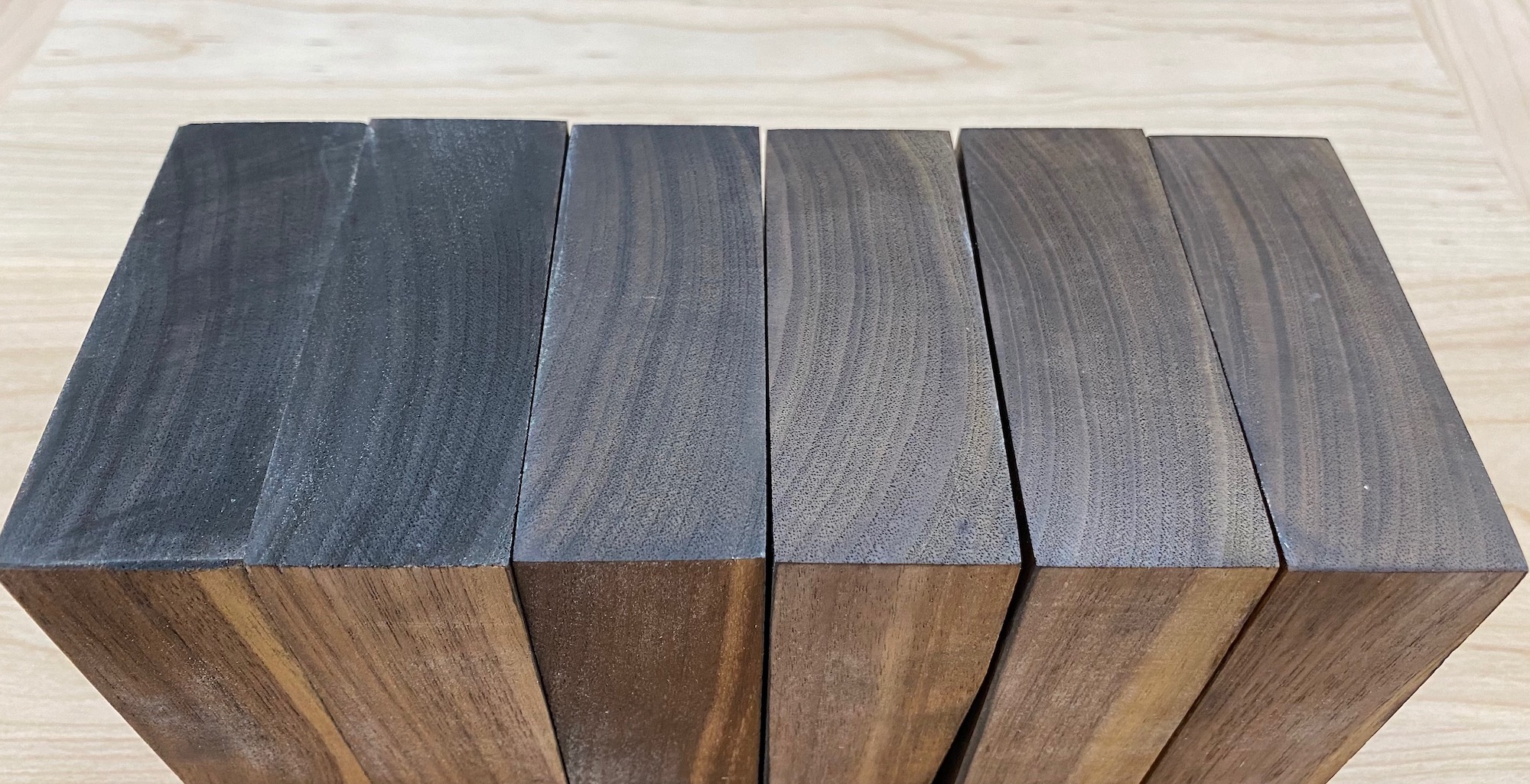 While I would have preferred something like maple for the blonde wood test, poplar is all I had in the scrap bin. Poplar is notoriously varied in color and grain and can even contain some lovely green tones that you’ll see in some samples. Once again, I don’t see a huge color difference beyond 120 grit but there is some lightening of color. And once again, we see that same phenomenon we observed in the Sapele Stain samples where the 1000 grit is actually darker than the 400 grit sample. 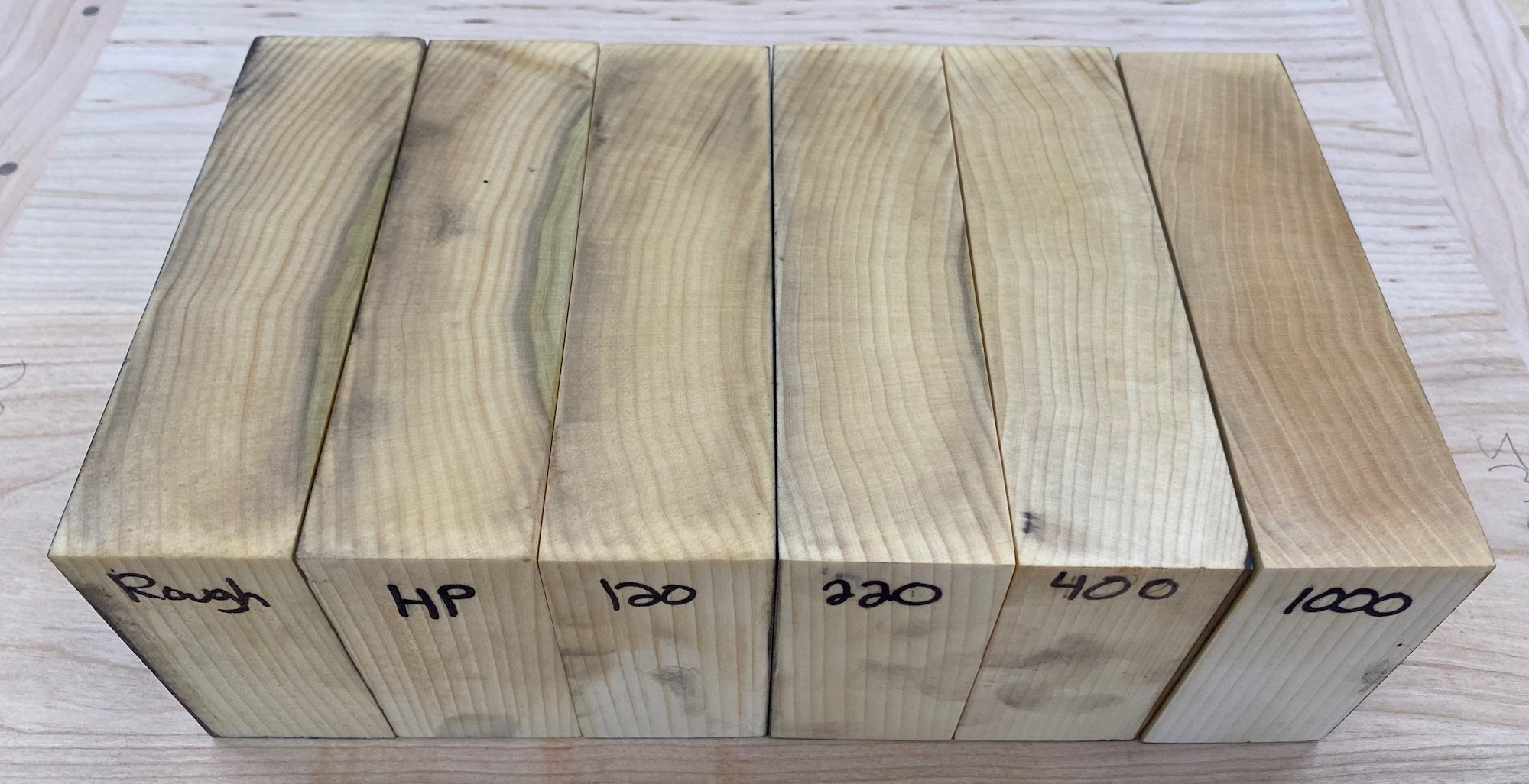 As expected, the stain does a better job of showing the impact of sanding to higher grits and this Poplar set in particular show some significant color differences between 120, 220 and 400 grit. But once again, at 1000 grit the sample gets darker. Like the Sapele samples this test was repeated with the same results. Magic is the only obvious explanation. 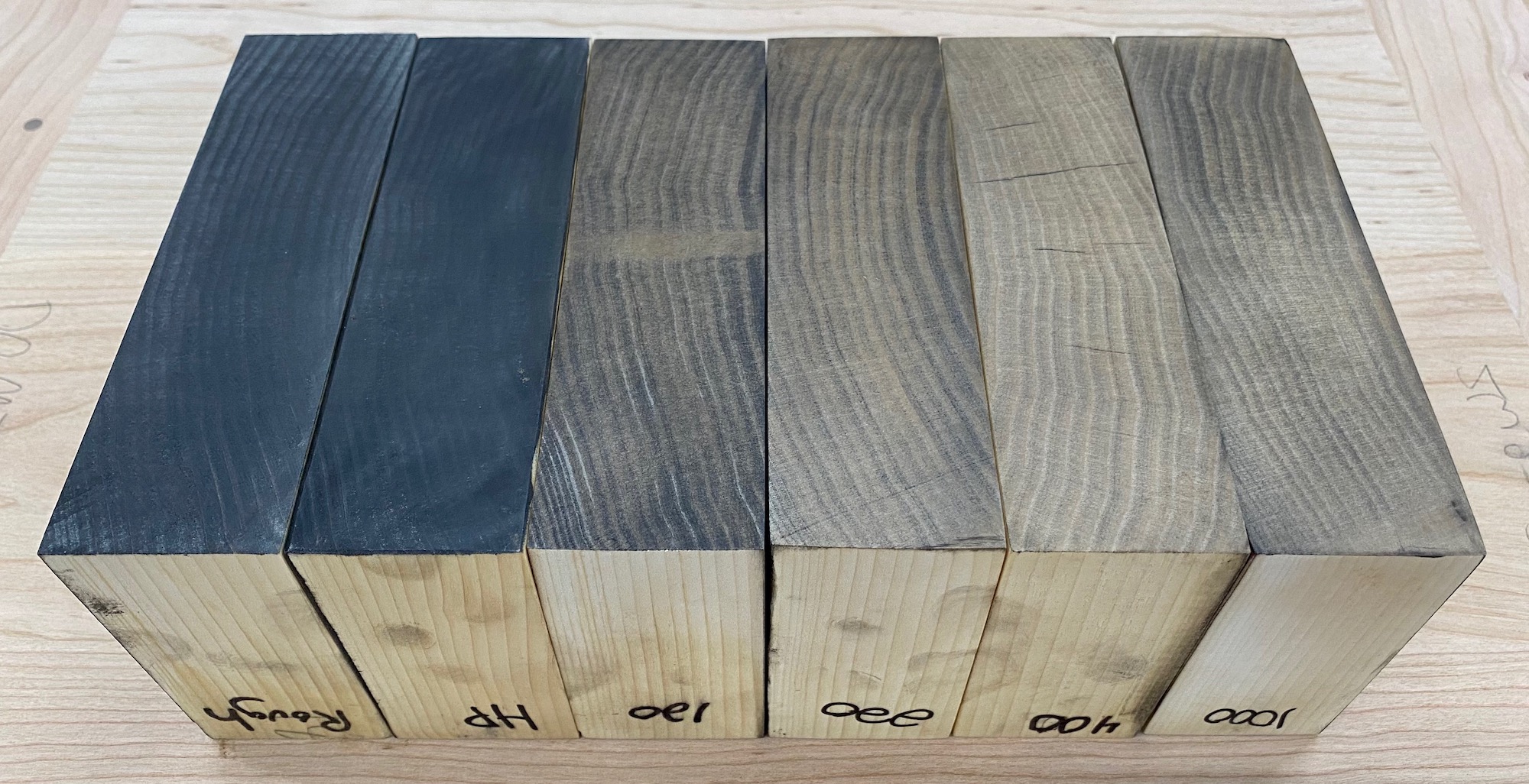 I hope the video and images provide you with enough data points so you can draw your own conclusions. In case you don’t feel like exercising your gray matter today, I’ll tell you what my conclusions were and you can decide if you agree.

So while these results are interesting and in a couple of cases, puzzling, they won’t dramatically affect my end grain sanding habits. But it’s super interesting to see how sanding impacts (or doesn’t impact) color within the various samples. It would be fun to do even more samples using other common species but alas, I’m onto the next project. Hopefully you found this information useful.

Kick Me in the Nuts | Morning Show

Nicole’s in the Closet – The Wood Whisperer